Bob Mould begins his solo run of his Distortion and Blue Hearts tour this Friday at the Castle Theater in Bloomington, IL and will end in Iowa City, IA at the Englert Theater. Mould also announces that his show at the Stoughton Opera House in Stoughton, WI will be available to live stream here.

Mould shares, “First, I’m thrilled that the Bob Mould Band shows had 99-100% mask compliance! We were able to complete the tour without any health incidents. Thank you so much, and let’s keep the mask on for the Solo Electric shows.

I’m really looking forward to this month’s run of Solo Electric dates. These shows were originally scheduled for March 2020 — right after recording and mixing Blue Hearts (Merge, Sep 25, 2020). I’ll be playing lots of new material, some favorites from DISTORTION, and a handful of early songs.

It’s great to be back on stage, and I’m looking forward to celebrating my birthday this Saturday, October 16. Buy a streaming ticket, have some virtual birthday cake, and enjoy the Stoughton (WI) Opera House show.”

Fred Armisen was a surprise special guest at two of Mould’s  concerts earlier in October, joining bassist Jason Narducy and drummer Jon Wurster and Mould at shows in Los Angeles and Boulder. For fans that missed the Mould-Armisen performances on those dates, the pair’s set at this year’s virtual Hardly Strictly Bluegrass is streaming here. 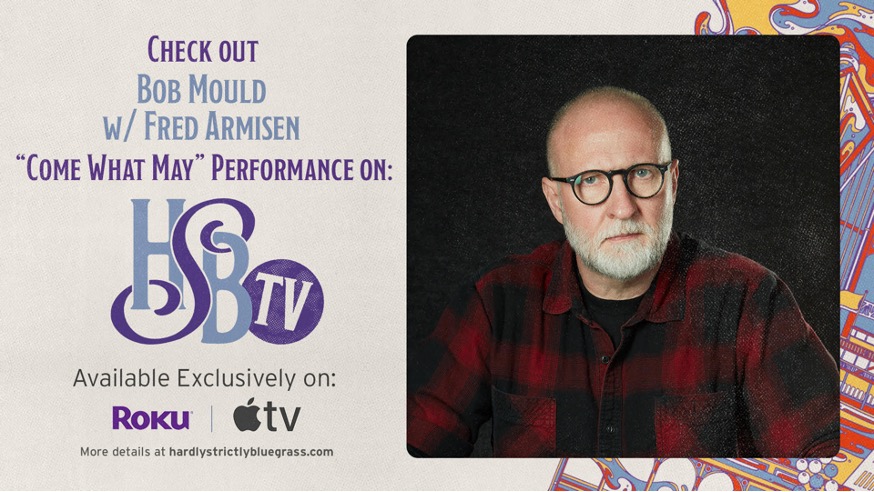 Mould’s tour is in support of his last album, 2020’s Blue Hearts and his massive career retrospective box set Distortion.  On tour, Mould is performing songs from his early days in the seminal band Hüsker Dü,  his solo career, and his 1990’s band Sugar. See below for tour dates (all are solo shows).