BOB MOULD
ON TOUR ACROSS THE UK AND IRELAND THIS SUMMER

NEW LIVE EP, THE OCEAN,
OUT NOW ON MERGE RECORDS

WATCH ‘FORECAST OF RAIN (LIVE)’ HERE
“Few artists have upheld (or at least revisited) a musical point of view quite like Bob Mould.”
– Rolling Stone

Legendary musician Bob Mould hits the UK and Ireland this summer for his eagerly anticipated Solo Electric: Distortion & Blue Hearts! Tour having previously taken the show on the road across the US and Canada earlier this year. Kicking off at Brighton‘s Concorde 2 on June 9th and running through July 1st at Whelan’s in Dublin, these dates are Mould’s first on this side of the pond since the release of both his critically acclaimed 2020 album Blue Hearts on Merge Records, as well as his solo career-encompassing Distortion boxset series, available now on Demon Music Group. Catch a show across Mould’s nearly month-long UK/Ireland residency and you can expect to hear solo takes on classics from across his beloved solo back catalogue, from his iconic time with Hüsker Dü and right through to Blue Hearts. Support on all dates comes from ascendant UK singer-songwriter Katie Malco.

Of the upcoming dates, Mould says: “I’m looking forward to the upcoming Solo Electric shows in the UK and Ireland. I’m excited to be performing songs from 2020’s Blue Hearts, as well as revisiting the prior 40 years of my songbook.”

Ahead of his UK dates, Mould recently appeared in session on John Kennedy‘s Radio X show to perform a series of tracks from across his career: ‘Makes No Sense At All‘ (from Hüsker Dü’s 1985 LP Flip Your Wig), ‘Hoover Dam‘ (from Sugar‘s 1992 opus Copper Blue), ‘The Descent‘ (from his revelatory 2012 solo set Silver Age) and ‘The Ocean‘ (from Blue Hearts). Listen back to the session and interview in full here.

Earlier this year, Mould released The Ocean, a new EP featuring three solo acoustic live performances, via Merge. Originally recorded for NPR’s World Café at Mould’s Granary Music home studio in San Francisco, CA, The Ocean collects stripped back versions of ‘The Ocean’ and ‘Forecast of Rain‘, both first found on Blue Hearts, as well as a striking rendition of the Hüsker Dü classic, ‘Divide and Conquer‘ (from Flip Your Wig). Watch a new solo live performance of ‘Forecast of Rain’, filmed last October at the Stoughton Opera House in Stoughton, WI during the US leg of his Solo Electric: Distortion & Blue Hearts! Tour, here: https://youtu.be/DMnuzfojAKM

Mould’s most recent album, Blue Hearts, was released in September 2020 – the rawest and most confrontational work of his four-decade solo career, it’s a raging 14-track collection described by its creator as “the catchiest batch of protest songs I’ve ever written in one sitting.” Produced by Mould at Chicago’s famed Electrical Audio with longtime collaborator Beau Sorenson engineering, the album – which once again features backing from the crack rhythm section of drummer Jon Wurster and bassist Jason Narducy – nods to the veteran singer-songwriter’s groundbreaking past while remaining firmly planted in the issues of the day.

The Distortion series, released incrementally across 2020 and 2021, meanwhile, captures the entirety of Mould’s post-Hüsker Dü solo career across a collection of multi-LP boxsets, as well as a 24CD edition and individual Best Of compilations. All collections have been mastered by Jeff Lipton and Maria Rice at Peerless Mastering in Boston and come presented with brand new artwork designed by illustrator Simon Marchner. Various boxsets in the collection feature a variety of liner notes from legendary music critic Keith Cameron, new interviews with Mould and contributions from the likes of Shirley Manson, Richard Thompson, Ben Gibbard and more. Brought together, they offer up the definitive portrayal of an American rock icon.

Tickets for all shows available at https://bobmould.com/tour 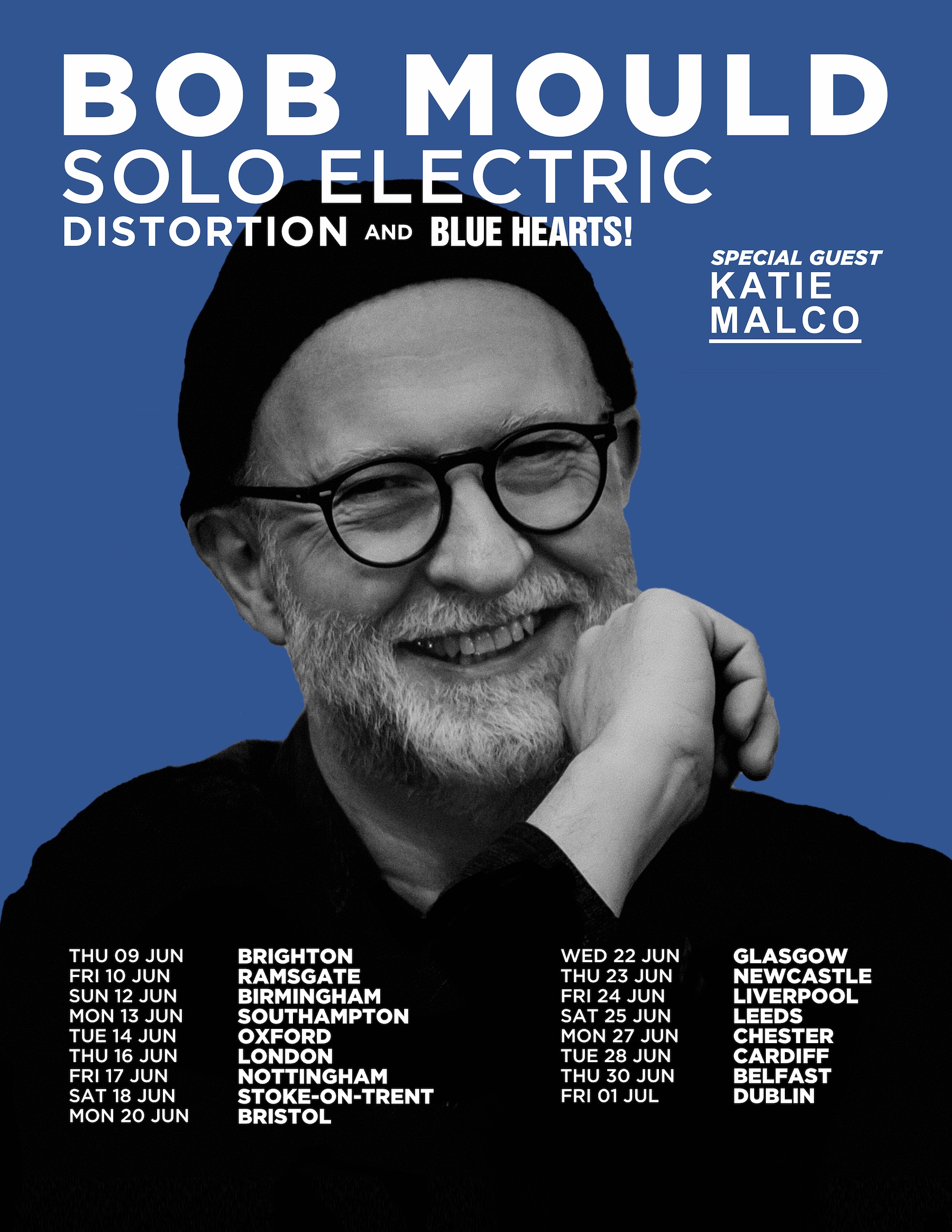 Opening Acts Announced for North American Tour
Next Post: Bob Mould Band is back for three shows in July!